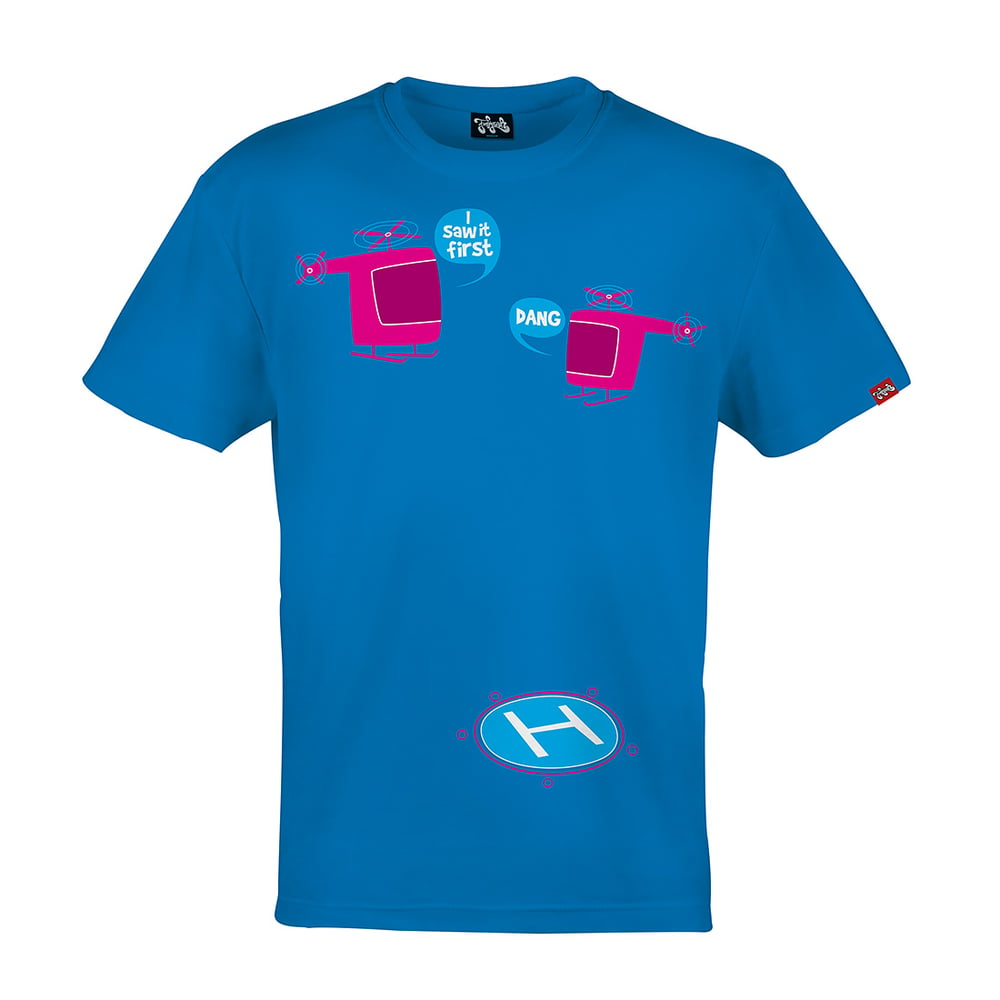 Who isn’t looking for a place to park their helicopter? You can show the billionaires you hang with just where to park, or you can show them a map, or you can show them anything but wearing a shirt such as this shows you’re at least tasteful enough to be aware. Nobody’s so foolish anymore as to believe they’ll ever have a helicopter alone, and perhaps that’s what the artist is trying to communicate, but it doesn’t matter anyway. Be a little punker than thou with a shirt like this, and give a diffident sneer when asked for its meaning: for we all know there hasn’t been any meaning for anything since 2001 anyways.

by The boy fitz hammond